Posted on 2nd February 2021 by divebomb Leave a comment

Mercedes-AMG Petronas F1 Team have announced the internal unveiling of their title contender for next season. The new car, dubbed the W12, will be announced on the 2nd of March.

With several minor regulation changes, we are not expecting a radically new car, as some aspects of the 2020 car will be carried over onto the 2021 car, as stated by the Technical Director of Mercedes-AMG Petronas F1 Team, James Allison.

“We found ourselves in this very very unusual position over the winter of not having the normal stresses and strains on the organization, of the huge production effort of making a new chassis, making all the mechanical internals of a new car because many of those aspects were simply inherited from the previous car.”

As of February 2nd, there have only been a few teams that have announced the unveiling of their 2021 challengers, with Alfa Romeo Racing ORLEN set to announce the C41 on February 22nd and McLaren with the MCL35M coming a week prior.

The W12 will sport the manufacturer’s signature Mercedes-AMG powertrains that have taken them to 7 double World Championship titles on the bounce, with the hope of allowing them to challenge for a record 8th successive title. But with one seat still not taken, we can never be so sure. 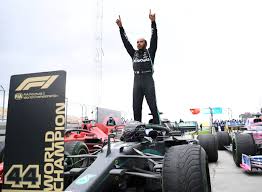