Racing to save the earth: sustainability in motorsport

Earlier this month, the first Extreme E race was held in the desert of Saudi Arabia with great success. This new series brought more attention to the many categories of sustainable racing that are being held and promoted as a result of the growing movement from the general public to be more sustainable and environmentally friendly. With ever-growing eyes towards those categories of racing, more sponsors are considering funding a team. And with big names such as Sir Lewis Hamilton, Nico Rosberg and Jenson Button owning teams in Extreme E, it can only be a matter of time before more of the public latches onto the new sustainable categories of racing.

As touched on in the introduction, there are several new racing categories that challenge the traditional views people have towards motorsport. In the end, innovation is what makes racing so incredibly special and unique and to do it well is the only way to get ahead of the competition. These new racing series provide a platform for teams to innovate in ways that have never before been seen and can surely be nothing but beneficial for humanity as a whole. 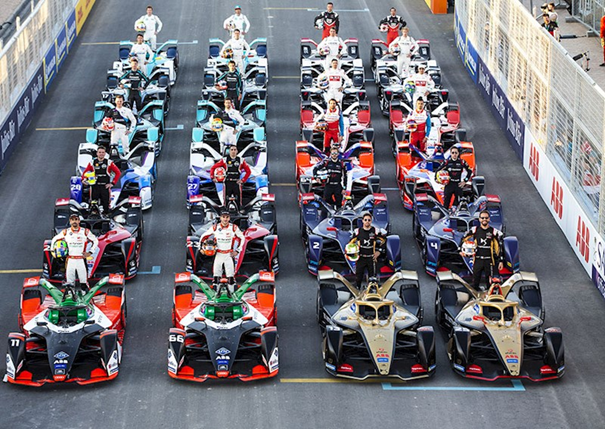 Formula E (officially known as ABB Formula E Championship) was one of the first electric racing categories. It started in 2014 and has since picked up momentum and support from the general public. The idea began in 2012, and by the second half of 2013, there were some car demonstrations at key events.

The race day format is as follows: in the early morning there is a free practice session and in the late morning there are the qualifying sessions, in which drivers are put into four groups and need to put in a good lap to determine the starting positions. Then in the afternoon, there is a rest period of 2 hours to reload the cars so they can race in the evening. A race is 45 minutes + 1 lap long and always takes place on either Friday, Saturday, or Sunday. 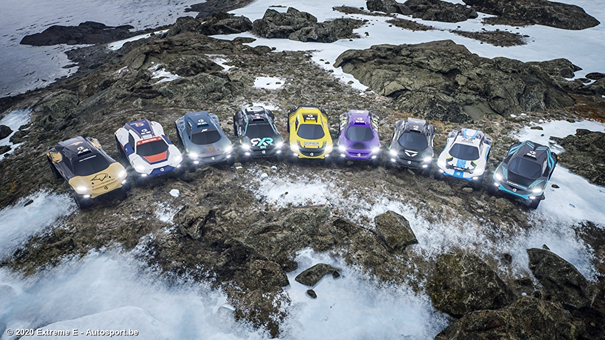 Similar to Formula E, Extreme E electrifies an already existing racing category as it takes on the rallying world. It’s a very good indication of people wanting change in motorsport and challenging the, sometimes outdated, belief that you cannot race in an electric vehicle in extreme conditions. With big names such as Sir Lewis Hamilton, Nico Rosberg, and Jenson Button owning teams in Extreme E and Carlos Sainz Sr. and Sébastian Loeb racing in Extreme E, it is no wonder people are tuning in and loving the new series.

The 2021 season will feature a total of 5 races around the globe and began on the 3rd of April to then end on the 12th of December 2021. During that time, they will have a Dessert X-Prix, an Ocean X-Prix, an Arctic X-Prix, an Amazon X-Prix and a Glacier X-Prix.

An Extreme E race weekend looks like this: four rounds with two-time trials and four races. There are two qualifying time trials held on Saturday and there is a semi-final, a “crazy race” and a shoot-out. On Sunday is the final race. A qualifying round is a time trial and, based on the combined times of the two runs, points are awarded. The top three from both qualifications then go to the semi-final, the next three go to the “crazy race” and the shoot-out consists of the last three teams. The race itself will consist of the best two cars from the semi-final and the best car from the “crazy race”. The race will, in the end, have three cars racing each other.

9 teams are competing in the 2021 season and currently, Nico Rosberg’s team consisting of Molly Taylor and Johan Kristoffersson is first with 35 points. Each team is also required to have one male and one female driver. The goal of Extreme E is to have a net-zero carbon footprint by the end of the season which they will aim to achieve with the help of ‘ALLCOT certificated global programmes.’ 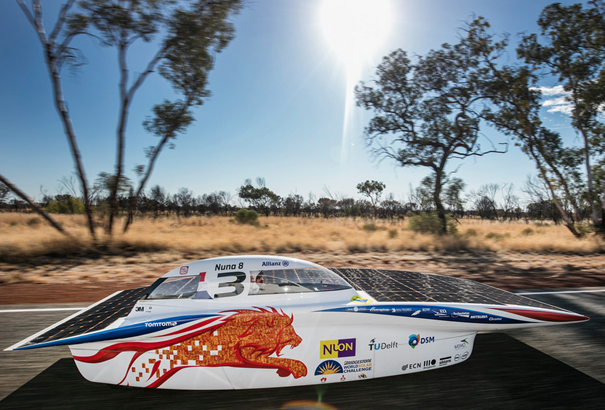 The ‘Bridgestone World Solar Challenge’ is an annual race held in Australia that has pushed forwards innovation and technology over the last 30 years. It’s one of the toughest solar races in the world and spans a massive 3000 kilometres (1864,1 miles) across the Australian Outback, from Darwin to Adelaide. As the name suggests, the teams can only use the power of the sun to cover this distance. It is a true test of technology and engineering, mixed with teamwork which makes this race so unique.

There are three classes that race, all with very different looking vehicles – but all solar powered. The first class is the Challenger Class. The Challenger Class is the most traditional, its philosophy is to design the most effective solar vehicle to complete the gruelling 3000-kilometre journey. Its cars are visually pleasing and the winner is determined by who finishes first. The maximum length of the car is 5 metres (16.4 feet) and the maximum width is 2.2 metres (7.2 feet). It needs at least three wheels and must have a maximum of 4 square metres (43 square feet) of solar array surface area. There’s only 1 driver in this class.

2013 saw the addition of another racing class: the Cruiser Class. Its goal is to encourage the creation of solar cars for the general public. According to the official website, it aims to ‘Change the way we think about what we drive and what fuels we use.’ The winner of this class is determined by multiple factors and evaluated by judges. It includes both performance and design. In 2017 the winning vehicle carried an average of three people the entire 3000 kilometres using less than 46 kWh of electricity. To put that into perspective: the energy cost to make this journey per person was less than USD $4.70.  This category also has the rule set requiring a vehicle no more than 5 metres long and 2.2 metres wide, but it allows for 5 square metres of solar array and it needs to have at least 4 wheels instead of 3. There should also be passengers (at least 1) as well as the driver and the race is split into 3 1200-kilometre stages.

Lastly, there is the Adventure Class. This category is for non-competitive entries that, according to the official website ‘Do not meet either Challenger nor Cruiser class regulations.’ It is more of a class for inspiration, seeing as there is no real racing in this category which means it is more based on challenging yourself to make this journey. There are no regulations for this class, which allows for some very interesting vehicles.

Sometimes when people don’t like a certain thing, they’ll call it trash. In this case they are totally correct. LUCA is an electric vehicle mostly made of recycled materials and, most notably, parts of LUCA are made of plastic fished out of the ocean. Students from the Technological University of Eindhoven (Netherlands) tackled a big challenge to create a car out of waste, and even though it’s not racing or motorsport related, it does bring a new perspective into sustainable car manufacturing and may help us create more sustainable road and race cars in the future.

Sadly not all of LUCA is recycled, its front windshield and electronics for example are brand new. It’s also not the fastest car as its top speed is 90 km/h (56 mph). But it is considerably lighter than an average electric vehicle and has a range of about 220 kilometres (137 miles). LUCA might be the first step in a long process of sustainable car manufacturing and I, for one, am very intrigued to see where that, as well as the electric racing series above, will lead us to.

Be sure to check out our recent interview with Gabriel Casagrande, found here.