Posted on 19th July 2021 by Janvi Unni Leave a comment

With more than a third of the 23 race season done and dusted, it’s time to look at how the newest entrants have fared so far. The rookie season is always the hardest, with mounting pressure to impress only a select few truly make it – at Project Divebomb we’ll be looking at this year’s rookies to see if they have what it takes to create a long and successful F1 career.

Mick Schumacher was born in Switzerland and is racing under a German flag. He has a brilliant racing pedigree being the son of 7-time World Champion Michael Schumacher and is also the nephew of Ralph Schumacher.  He is backed by several wide-ranging brands like Under Armour (2019) and other prominent German brands such as Schuberth (2020) and Deutsche Vermögensberatung (2021). He is  the face of Formula One in Germany. He is part of the Ferrari Driver Academy and has been tipped for greatness by many. He has done extraordinarily well in his junior career winning the FIA F3 Championship (2018) and later winning the F2 championship in his second season (2020). He signed for the Haas F1 team after doing a practice session with them. 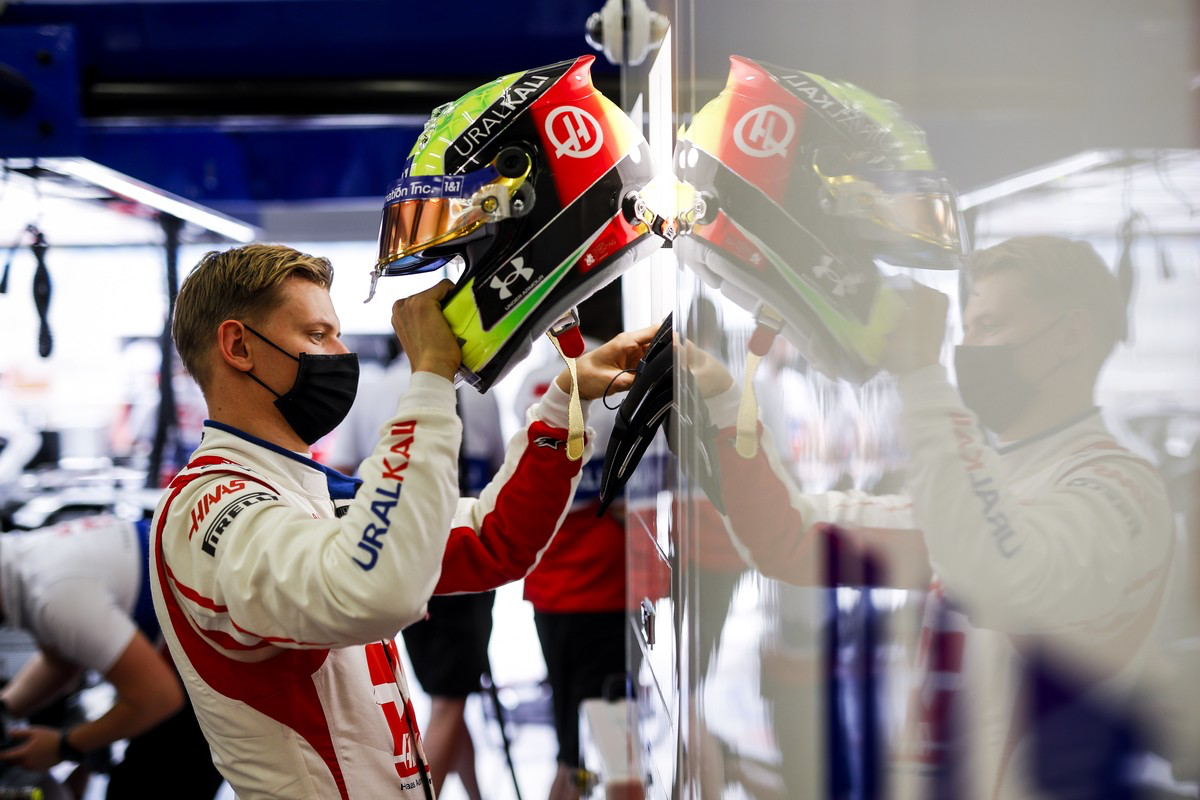 It was no secret that Haas would not develop their car for the 2021 season, so competing for places would be difficult and would massively depend on external variables higher up the grid. He has had previous experience in an F1 car, driving the SF90 for Scuderia Ferrari in 2019 for testing in Bahrain. He later continued with Alfa Romeo, where Ferrari have control over one of the seats. He later drove a practice session for the Haas F1 Team in the 2020 Abu Dhabi GP.

He has signed a multi-year contract with the Haas F1 team and has been partnered with his old karting rival Nikita Mazepin. With competing for places going to be a rare occurrence, he will be measured against his teammate.

He stayed out of trouble in his first race and finished 16 owing to 4 DNFs. In Italy, it was the same result following the George Russel and Valterri Bottas crash and a Latifi DNF. In Portugal, he qualified almost half a second ahead of his teammate and managed to beat the Williams of Nicholas Latifi to come home 17th. In Spain, he out-qualified Nicholas Latifi but fell behind him in the actual race.

Mick couldn’t set a qualifying time in Monaco owing to a gearbox issue and started last. He tried pulling off an audacious overtake on Nikita but later fell short and finished behind his teammate.

In Azerbaijan, he finished P13 following a nervy moment with his teammate, almost causing a collision. This race was an outlier as it was plagued with DNFs as well as a 30-second penalty to Latifi and Hamilton going wide on the restart.

Qualifying in France was outstanding for him as he qualified ahead of 2007 world champion, Kimi Räikkönen,Nicholas Latifi, and obviously his teammate He started P15 as Lance Stroll and Yuki Tsunoda failed to set a time. He even got into Q2, before wrecking his car that is. In the race, he fell back to P19.

In the Styrian GP, he did not fare particularly well in qualifying but finished ahead of Nicholas Latifi finishing P16 following retirements of Pierre Gasly and George Russel. The next race in Austria was not a good weekend either, him finishing behind Latifi after he received a 30 second time penalty.

At Silverstone, England Mick out-qualified Nikita and in the Sprint Qualifying, he stayed ahead and started the race ahead of his teammate. In the actual race, he fell behind his teammate and finished last.

Mick has been a very rule-respecting driver and has not been involved in anything which may bring bad publicity to him or the Haas F1 team.

He has out-performed Nikita Mazepin in qualifying comfortably and has been beaten by him on a Sunday only twice. Once at Monaco, where he started P20 because of technical issues and it’s notoriously hard to overtake at the Principality. He regularly fights with Nicholas Latifi in the Williams with the worst car on the grid. He has raw pace but his future is not entirely in his hands.

An obvious hurdle would be Antonio Giovinazzi in the Alfa-Romeo. Antonio is a very polarising figure on the grid. Many argue his seat would be better utilized by someone else as the chances of him making the step-up to Ferrari seem very slim, while others argue he has been catching up to his teammate and deserves at least another couple of years in F1. With Charles Leclerc being an example of someone doing well in the 3rd Ferrari seat (the one Alfa-Romeo seat) and getting the call-up.

Mick is the more marketable athlete mostly, because of the Schumacher name and is more popular. His obvious target is the Ferrari seat and it is no secret that Haas is a stepping stone. A more reliable target in the next few years would be to take the place of Antonio Giovinazzi and work his way up. As of now, a seat in a backmarker team seems to have been a genius move-he gets the feel of Formula One and gets acclimatized to it with no pressure on his shoulders until at least the 2022 season when the new regulations kick in. It is no surprise that most fans will be waiting for a day when the Schumacher name is helping Ferrari win titles again.