Posted on 9th August 2021 by Daniel Yi Leave a comment 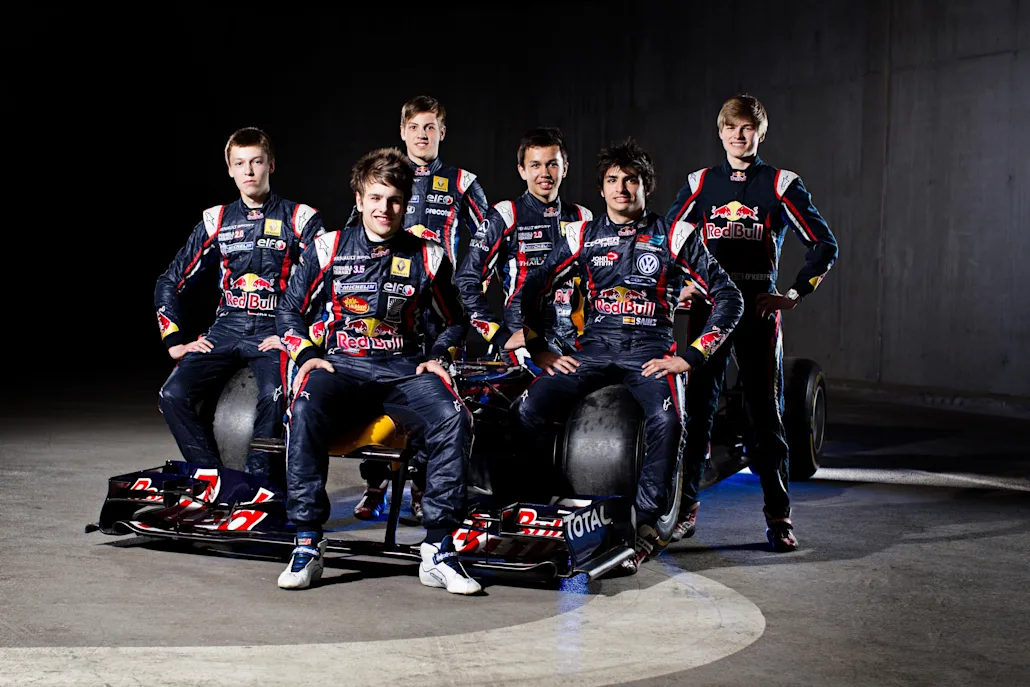 Disclaimer: The views and opinions presented in this article are purely the author’s and do not represent the opinions and beliefs of Divebomb or its affiliates. 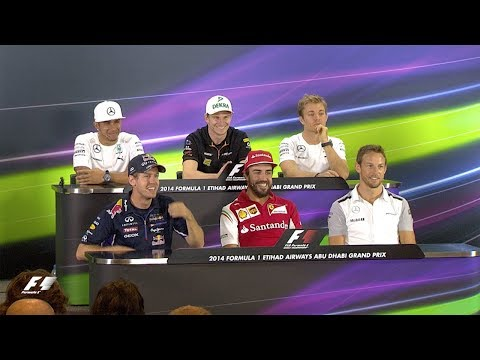 There were actually two Red Bull Junior Teams. Back in 1989, Dr. Helmut Marko set up and ran a racing team, RSM Marko, which focused on competing in Formula 3 and Formula 3000 (now FIA Formula 2). RSM Marko then came under Red Bull sponsorship and ran under the name Red Bull Junior Team from 1999 until its end in 2003.

The junior team that we know now first had its beginnings in 2001, when Red Bull formed the team as its European driver programme. Talented racers receive support and funding from Red Bull as they progress through lower ranks of motorsport.

Where are the former members of the Red Bull Junior Team?

With a whopping 85 (both previous and current) members of the Red Bull Junior Team, it is impossible to focus on every single driver, therefore we will only be focusing on former members who have made it to F1 (either as a driver, test or reserve). Achievement-wise, there has been success. However, in the early years of their programme, you would get laughed at if you thought the programme was a success. Before 2007, none of the drivers had any significant results in F1, until the arrival of Sebastian Vettel in the 2007 season.

Vettel went on to dominate from the later half of 2009 until 2013, winning four world championships. Then came Daniel Ricciardo, who won multiple races and contended for the championship for a couple of seasons. And more recently, generational talent Max Verstappen, who won his debut race with Red Bull, and has the chance to end Mercedes’ dominance and dethrone Lewis Hamilton in 2021. These three drivers are considered to be Red Bull’s most successful protégés and between them, they have a combined 75 wins, 68 pole positions, 67 fastest laps, 203 podiums and 5606 points.

In terms of driver quality they have been very good as well. In the mid-2000s, Red Bull had not yet become the dominating force they are today, and Toro Rosso was a perennial backmarker instead of contending in the midfield, which limited the achievements and impact early Junior Team graduates could make. Nonetheless, out of these 22 drivers, almost half of these graduates have had some form of achievement in F1.

Several drivers have also been successful in other racing series outside of F1. Brendon Hartley and Sebastien Buemi have won multiple Le Mans and WEC championships, Michael Ammermüller has won multiple Porsche Supercups, while Buemi and Jean-Eric Vergne have been massively successful in Formula E.

Currently, 6 out of the 20 drivers on the 2021 F1 grid were once part of the Red Bull Junior Team, namely, Sainz, Ricciardo, Vettel, Verstappen, Gasly and Tsunoda.

Given the success and quality of the junior team, this brings us to the next question:

Why did Red Bull, a team that has always prided itself on using “home-grown academy talent”, suddenly sign an “outsider” in Sergio Perez this season? 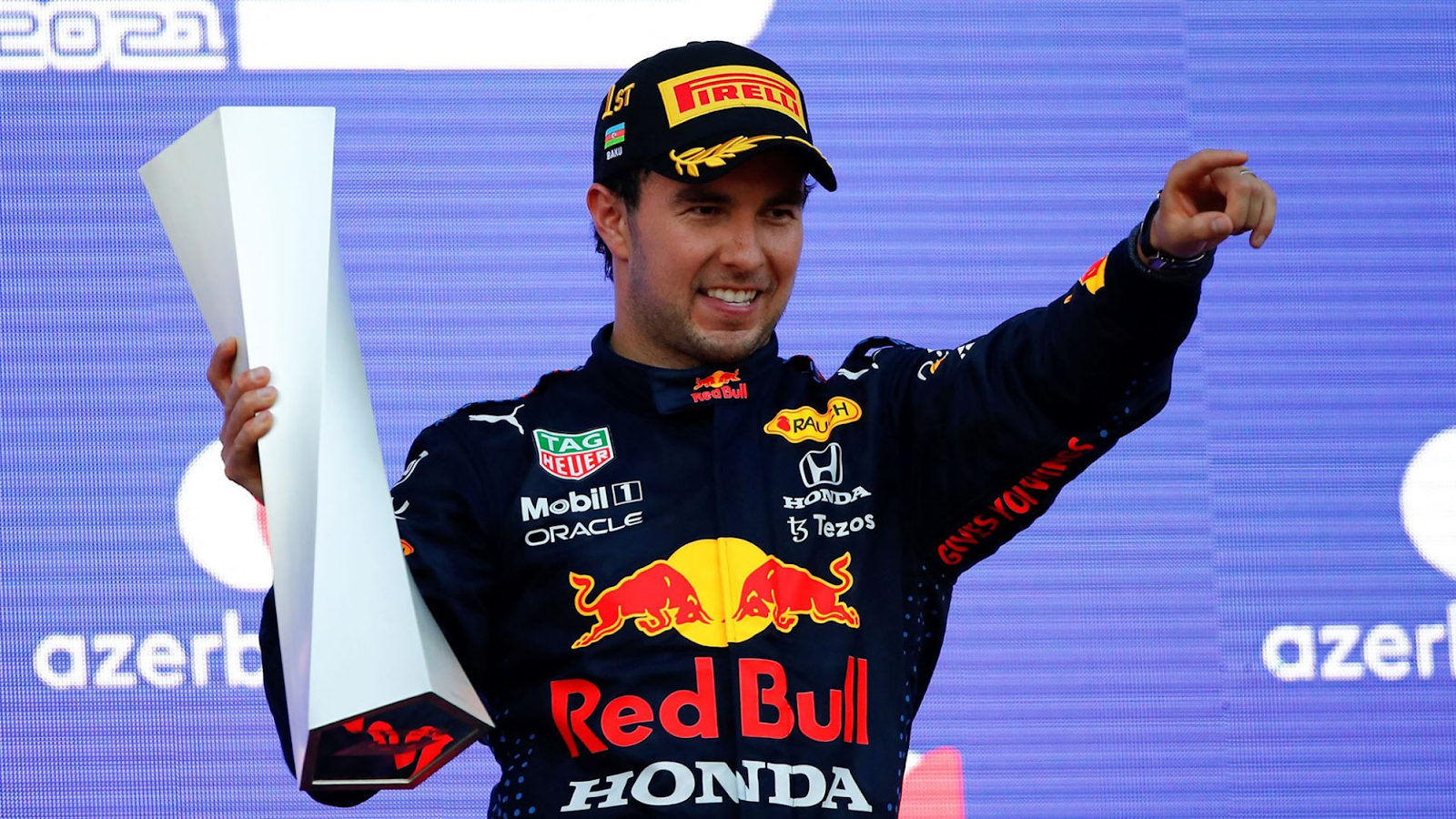 Because Red Bull had no good option for a second driver to help Verstappen in the title fight.

In the entire team history of Red Bull, with the exception of David Coulthard (2005-08) and Mark Webber (2007-13), who were signed in the team’s early years to provide a veteran presence, the drivers have all been Junior Team members.

In a somewhat surprising move, Red Bull had decided to sign Sergio Perez for the 2021 season, becoming the first non-Red Bull affiliated driver in seven seasons to race for them since Mark Webber.

This is the part where Red Bull and the junior team had failed, thus resulting in the signing of Perez.

Since the promotion of Verstappen to Red Bull in 2016, some fans believed that Red Bull were favouring Verstappen over the more senior Ricciardo, believing that to be the reason behind the departure of Ricciardo after 2018.

Since then, Red Bull had been unable to develop a suitable candidate to be the second driver alongside Verstappen, with every subsequent second driver performing below expectations, leading many to joke that the second seat was cursed.

Pierre Gasly, who had shown potential in Toro Rosso in 2018, was promoted to Red Bull in the following season to partner Verstappen. As we all know, he endured a torrid time before being demoted back to Toro Rosso, switching places with Alex Albon, who was barely halfway into his rookie season.

During the 2020 season, it was Albon’s turn to have an inconsistent season and underperform. Meanwhile, Sergio Perez, a highly experienced Racing Point driver with good performances in 2020, had been dropped by his team for the 2021 season. Perez went on to win the Sakhir Grand Prix late in the season, and when the time came to decide who to go with for 2021, it became a no-brainer. 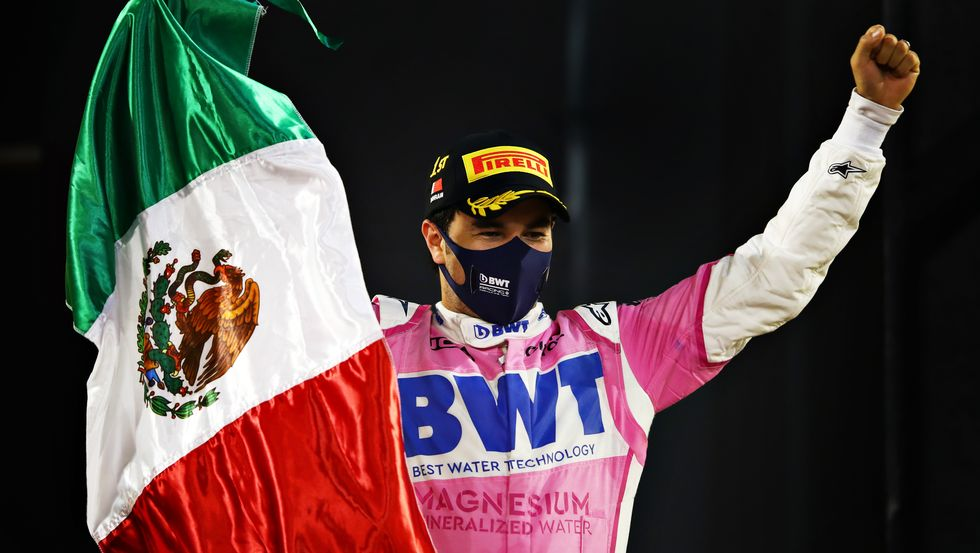 This similar pattern of dropping drivers was also evident in Toro Rosso/AlphaTauri and the junior team. Drivers were ruthlessly dropped immediately after dissatisfactory performances or seasons. Callum Ilott, Alex Albon and Brendon Hartley were dropped from the junior team after they had a winless season, while Toro Rosso drivers were dropped after 1-2 seasons even though they were in an inferior car which were perennial backmarkers.

Some say that the Red Bull Juniors, Gasly and Albon, were simply not good enough, and the situation was way over their heads, while others felt they had the capabilities but failed to capitalise and rise up to the occasion. But the real reason for their failure could be Helmut Marko and Dietrich Mateschitz.

The Impatience of Marko and Mateschitz

Marko and Mateschitz have been known to be very impatient people. The former is a very efficient man, while the latter is an excellent businessman. They want good results, and they want it fast.

As a businessman, Mateschitz wants returns on his investments. When an investment is not reaping the expected returns, losses should be cut and the investment is let go of or withdrawn. This mentality has been similarly applied to drivers in the junior team, AlphaTauri and Red Bull.

Having experienced the generationally talented likes of Vettel and Verstappen, who were able to immediately put in excellent winning performances once inside an F1 car, Marko and Mateschitz seem to have heaped the same kind of expectations onto their younger drivers. These drivers were simply not given enough time to develop and improve their racecraft in order to take up that second seat.

Let’s face it. No one likes to be wrong, and Helmut Marko is probably no exception. When Marko chooses to drop someone, it’s quite unlikely that he will recall them back to the team.

Daniil Kvyat has probably had the most chances for an F1 seat, given his three stints at Toro Rosso and some time in Red Bull as well. After getting dropped for the third time for the 2021 season, Kvyat ruled out a possible recall to AlphaTauri despite rookie Tsunoda’s struggles. He remarked jokingly on the F1 Nation podcast that “pride might be in the way of giving him a call back,” because it would be like “admitting it was a mistake” to drop him.

This gives a possible insight as to why Red Bull promoted a rookie Albon in mid-2019 instead of the more experienced Kvyat who was performing better at that time. The decision made no sense, as Kvyat’s previous stint in Red Bull actually yielded respectable results, and he managed to snag Toro Rosso’s first podium since Vettel. Despite all this, it seemed like they did not want to try out Kvyat again. Likewise for Gasly, Marko has downplayed his achievements so far and has been extremely reluctant to recall Gasly back to Red Bull.

As an Albon fan, it’s disappointing not seeing him on the grid, but signing Sergio Perez was definitely the right move by Red Bull and so far this season, it has seemed to pay off. Nonetheless, we can consider how things would have turned out if Red Bull handled things differently.

When given enough time to develop and improve, these drivers have shown that they are definitely capable of much more. Two drivers who clearly have displayed that are Callum Ilott and Pierre Gasly. After Red Bull dropped Ilott, he went on to develop himself into one of the best young drivers, finishing second in F2, and definitely would have gotten an F1 seat in 2021, were it not for Haas signing Mazepin instead.

Gasly, as we all know, had his wonderful redemption arc after returning to Toro Rosso, regaining his confidence and driving the wheels off the AlphaTauri to record a couple of podiums and a historic first win at Monza.

For all we know, if Red Bull had given them more time to develop, Ilott could have become a solid option for Red Bull in the next few years, and maybe we could have seen a confident Gasly partnering Verstappen for 2021 instead of Perez.

If Marko’s stubborn pride wasn’t such a stumbling block to recall previous drivers, then maybe Gasly could be recalled to Red Bull or Daniil Kvyat could recreate and improve his previous form in Red Bull and be a solid second driver and partner to Max Verstappen (although Kelly Piquet in the paddock might be really awkward for them now).

Let’s not forget about Alex Albon who showed great potential and promise in his rookie season. If they weren’t so impatient to promote him early and instead gave him time to develop, maybe he could have become a good option as well, but we may never know now.